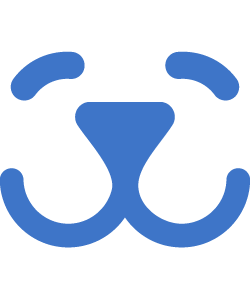 Is it a coincidence that the words "vet" and "pet" rhyme? We don't think so! You really can't have a healthy pet, at least not for long, without a good veterinarian in your corner. We appreciate the work of veterinarians, and we are excited to share more about that work right here on this blog. Most dogs and cats need to have a once-a-year-appointment in order to get checked over for any signs of disease or discomfort. You should also take your pet to the vet if it shows any signs of illness such as vomiting, diarrhea, wheezing, or frequent sneezing. Keep this in mind as you read the articles that follow.

With marijuana use on the rise, you need to safeguard your pet from accidental ingestion. Pets can get into your own stash or find it outdoors. Marijuana is toxic to animals, whether it's eaten or breathed in through the smoke. As a result, they can suffer severe reactions and may need emergency veterinary attention. Here is more about marijuana and pets and what it does to them.

Why Is Marijuana Harmful For Pets?

The part of marijuana that gets humans high, tetrahydrocannabinol (THC), is poisonous to pets. Dogs are especially attracted to the smell. They will eat the plants, edibles, or even a joint. To them, marijuana actually smells pleasant. Edibles with chocolate are even more of a problem. Cats are less likely to be attracted to marijuana but more likely to be exposed through the smoke. Products with only CBD in them are less likely to cause health problems.

How Bad Are Marijuana Reactions?

Pets will often appear "high" after ingesting marijuana and seem "out of it." They may drool and act uncoordinated. Affected pets will be easily startled and unusually nervous. If your pet ate a large amount of marijuana, then he or she could have seizures and lose consciousness. The severity of the reaction depends on the pet's size and metabolism.

Can Pets Die From Marijuana Poisoning?

Unfortunately, there have been a few cases of pet death due to ingesting a large amount of marijuana. Fortunately, deaths are rare. Your pet would have to consume an abnormally large or extremely concentrated amount to get to that point. However, your pet could choke on their own vomit if they become unconscious. They can also injure themselves during a seizure.

How Can an Emergency Veterinarian Help?

An emergency veterinarian will treat your pet for marijuana toxicity the same as other poisons. Your pet will be given fluids and possibly have their stomach pumped. Medical charcoal is also given to reduce toxin absorption in the stomach. If your pet has also consumed chocolate at the same time, then he or she may also need anti-arrhythmic and anti-seizure medication. Pets are often hospitalized for at least a day until the symptoms reside.

The best way to prevent an accidental overdose in your pets is to keep all marijuana products, including plants, out of your pet's reach. Keep an eye on what your pet picks up at parks or on the sidewalks. If you must smoke, keep your pet out of the room. If your pet gets sick, don't be afraid or embarrassed to visit a veterinarian for help.